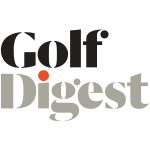 The 2018 Evnroll lineup of putters reflects a handful of subtle changes to some proven models and one big addition that takes off-center hit stability to a new level for the young putter company with the veteran designer. Guerin Rife, the vision behind the Evnroll lineup, has gained notoriety over the last two decades for his former namesake company that introduced the idea of milled grooved face putters that aimed to improve a putt’s initial roll.

The computer milled Evnroll family of putters feature a more intricate face milling pattern that is focused on producing more consistent energy transfer across the face. The more toward the heel or toe the mishit, the more energy is transferred to the ball to produce more uniform ballspeeds. The face design also “works to gently gear” heel and toe misses back toward the center line of the putt. Rife launched the startup Enroll two years ago at the PGA Merchandise Show, and this year he will debut five new models to his line for a total of 11 putters in the family. Most noteworthy is the large, ultra stable ER9-10K mallet, which Rife explains has a moment of inertia (stability on off-center hits) of approaching 10,000 grams-centimeters squared. For perspective, a popular mallet like the TaylorMade Spider Tour might have an MOI measurement half that much, while a typical Ping Anser might be around a third. Other high-MOI mallets have caught attention in the past, including the Ping Doc 17, the Titleist/Scotty Cameron Futura X and the Odyssey Jailbird used recently by Pat Perez. oddly shaped and enormous Orion Black Hawk Smaller companies like Cure and its RX putters and Orion’s Black Hawk (the former popular with Champions Tour players like Rod Spittle and the latter used by PGA Tour pro Matt Every in 2012) have pushed putter MOIs well above 10,000 to 21,000 for the Black Hawk. Rife refined the shaping of the E9-10K to a wide square with an wide central cavity featuring alignment likes. The design pushes weight to the extreme perimeter steel cylinders fill internal tubes in the body to provide the specified swing weight. The E9-10K also uses a counterbalanced 120-gram grip, which includes a 70-gram internal steel rod. He calls the E9-10K “stability on steroids” thanks to its high MOI measurement. “For a putter, that translates to a rock steady swing path and an enlarged area of forgiveness off the face. So all you have to do is aim,” he said. “I noticed more and more lately that many players on the PGA Tour are opting for high MOI oversized putter head designs. They have to stand over a 4-foot putt worth 200 thousand to one million dollars that will change their life. The pressure can be paralyzing.” In addition to the large E9-10K, the 2018 Evnroll lineup includes a trio of modified blades and an updated mallet. The ER1.2 Tour Blade, a standard Ping Anser-style with a plumbers neck hosel, uses a smaller and thinner heel section and a weight-saving channel in the hosel arm to realign the center of gravity with the center of the face. The ER2CS, a wider, center-shafted blade, uses a thickened cavity to allow for the center shaft assembly. Four 10-gram holes were drilled in the heel and toe to allow for this extra mass and the same feel as the original ER2. A third blade, the ER3 WingBlade, includes a V-cut in the back flange that pushes more weight toward the heel and toe for improved off-center hit forgiveness. The ER7CS is a center-shafted version of the traditional mallet shaped ER7, which also features a thickened cavity section to allow for the shaft pin while reducing weight in the front heel and toe to maintain the stability of the original. The 2018 Evnroll lineup offers prices ranging from $330 to $360.

Get exclusive updates on new products and special releases from Evnroll.